Sonu Sood has opened up a martial arts school for Shanta Pawar aka Warrior Aaji who went viral on social media after a video of her showing off her martial art skills with bamboo sticks on the streets surfaced online. The 85-year-old will now teach others in her training school and all thanks to actor Sonu Sood.

The martial arts school was opened up on the auspicious occasion of Ganesh Chaturthi. Thanking Sonu Sood, Aaji is heard saying in a video, “This dream of my mine has been fulfilled by Sonu. I have named my school after him. I am very thankful to him.” 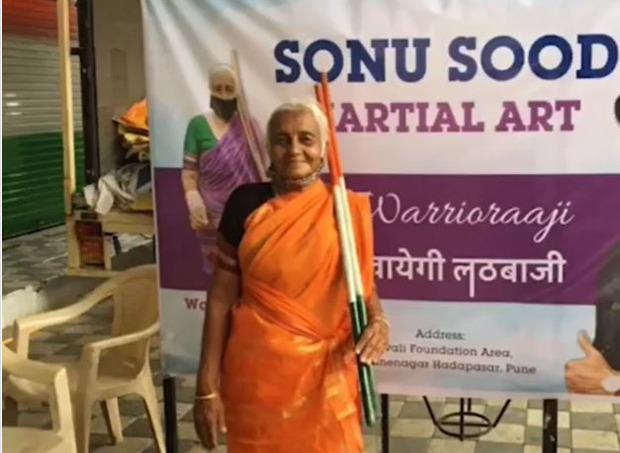 Early on when the video went viral, Sonu Sood had asked netizens to help him reach out to her and he soon enough got in touch with her. Back then Sonu Sood had offered to open a school for her and he has now fulfilled his promise.

Shanta Pawar would perform martial arts on the streets of Pune to sustain herself and her family financially.

ALSO READ: Sonu Sood calls out a fake account, says you will be arrested for cheating innocent people