For Indian cricket it is the end of an era as former captain MS Dhoni announced his retirement from international cricket on Saturday evening. He announced his retirement on Instagram with a video capturing some of his best moments of his career. Sharing the video, he wrote, “Thanks. Thanks a lot for ur love and support throughout. From 1929 hrs consider me as Retired.”

Fans of cricket and MS Dhoni were definitely heartbroken by the news, but extended warm wishes to the cricketer and wished him good luck for his journey ahead. Bollywood celebrities too took to social media to react to this big news.

@msdhoni Bro you always were super CLASSY, STYLISH AND HUMBLE. I have always admired you demure and grit. Aur अलविदा कहने का आपका अंदाज़ दिल छू gaya और आंसू भी ले आए। what an appropriate song you chose ….I smiled and had tears at the same time. pic.twitter.com/7fMvzwYIXb

Legends don’t retire, they simply move on. Thank you for carrying your epic journey with so much class and ease #MSDhoni.
You have been and will forever be a life lesson and inspiration to people well beyond sport…♥️???????? pic.twitter.com/gs5oehm97i

Not once, never, can i remember our hearts not pounding, our excitement levels not rising when Dhoni came out to bat. A true game changer.
You made cricket seem simple, almost casual, yet exhilarating. Unexpected. If that’s not genius, I don’t know what is #Dhoni #DhoniRetires

End of an Era. Thank you @msdhoni for all the memories! All the best for your next innings. You filled a nation with belief and pride. One of the greatest of all time. ????????

A big thank you to both of you for your contribution to cricket, I am and will always be a fan. Huge respect @msdhoni sir & @ImRaina sir!#MSDhoni #Raina

Immense respect for M.S Dhoni for not just being an outstanding player but also setting an exceptional example with his conduct and journey, on & beyond field https://t.co/cuRg79nUwP 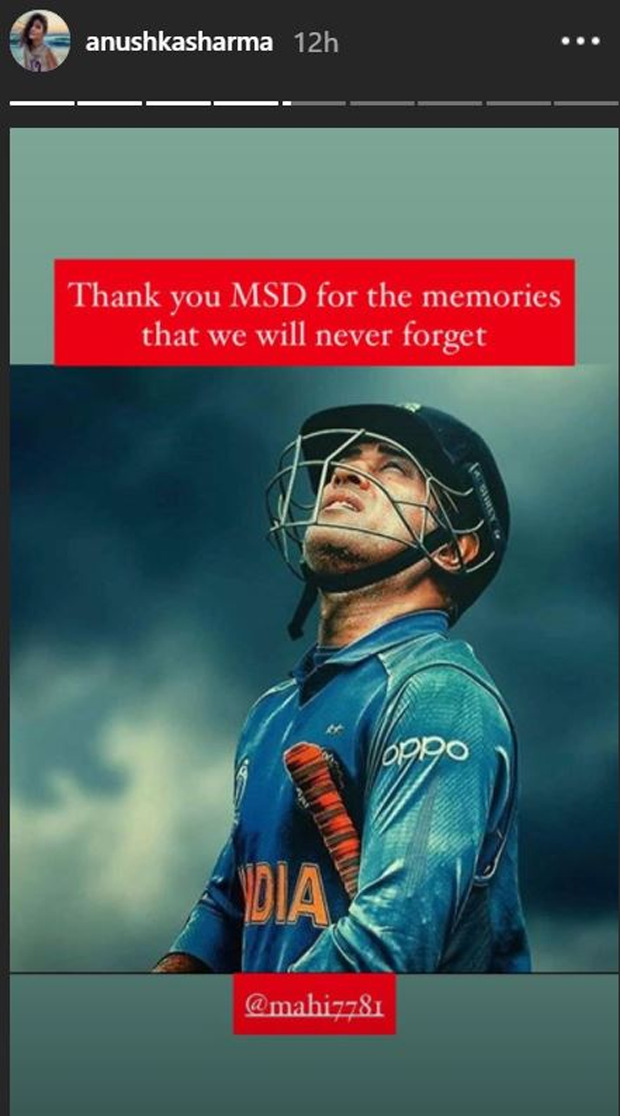